We recently took a trip to the Scottish Dark Sky Observatory, in Dalmellington, Ayrshire. Riley’s very into space, so it was one of his birthday gifts from me this year – and a chance for us both to see the night sky in a little more detail.

Now, when you live in Scotland, and you want to stargaze, you’ll likely come across a problem – finding a clear bloody night to see anything at all. We have a ridiculous amount of rainy and cloudy weather in this country. I won’t say that’s a bad thing because that’s why our forests, and grass, get so green and lush, but when you want to see the Moon – just for one night – it can make things rather difficult.

Anyway, after some weather watching and careful calculations, I set a date that I was reasonably confident would offer us clear skies. We set off for Ayrshire, making a stop at Ayr Beach in the early evening as we had a lot of time to kill before the event at nightfall. 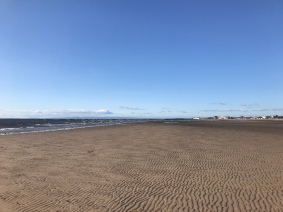 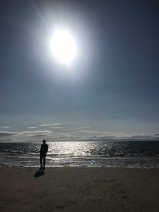 I had been warned in advance about the road conditions leading to the observatory (and not to follow the gps as it would take us on the wrong route). However the staff at SDSO gave us very clear directions so finding the place was a breeze. I was a little worried about my car with it being so low down, at the same time, I grew up in the country, and work with horses, so I’m used to miles of off road, bumpy farm tracks, and fairly confident navigating potholes. There were points to park your car and walk, however it was quite a distance so I opted to drive all the way up.

Unfortunately, we did get stuck behind a lady driving an Audi (not very confidently) so my little car struggled even more having to stop on some very steep hills, while the lady in front decided which path she’d take round some potholes. If you’re a city driver, and concerned about your car – leave it at one of the passing spaces.

The worst bit of the track is the last bit, which the lady in front stopped at, blocking the whole track, then tried to wave me and the other two cars behind to go past. This was impossible as the track dropped away to a small cliff on very loose gravel, so we all had to wait until she plucked up enough courage to continue on.

For those worried; take your time, try not to get stuck behind anyone as some hills need a bit of a run up (unless you’re in a 4X4), and the track is perfectly drive-able all the way to the top (I drive a small Renault Dynamique). The drive up gives you some cracking views of the surrounding area, and was a lot of fun in my book – all part of the experience!

When we arrived, it was decided by staff that we’d skip the introduction in the lecture room, and head straight outside given that we didn’t know how long the clear skies would last.

Heading up stairs, we went out onto the viewing platform to catch our first glimpse of the Moon through one of the telescopes on site. The guys that were organising the viewings were very knowledgeable, good at answering our questions, and explaining everything we could see. The only downside to the evening really was the size of the group, which Riley and I both felt was too large. This meant there was a lot of standing around in between, and limited time looking through the scopes. They did have iPads placed around that gave you information on the current night sky, however not much else to do besides wait your turn to have a look through the second scope. 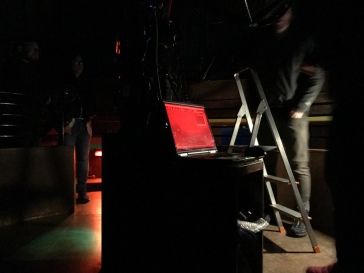 After observing the Moon (and being able to use the telescope for photos which was pretty cool!) they switched to focusing on the planet Jupiter and it’s many moons. Even though it was a speck of white dots on the viewing glass, you could occasionally make out Jupiter’s oceans cascading across the surface of the planet when the haze settled momentarily. 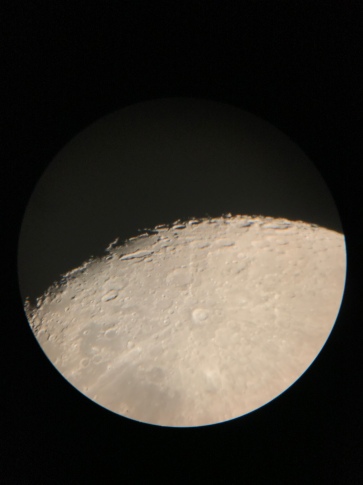 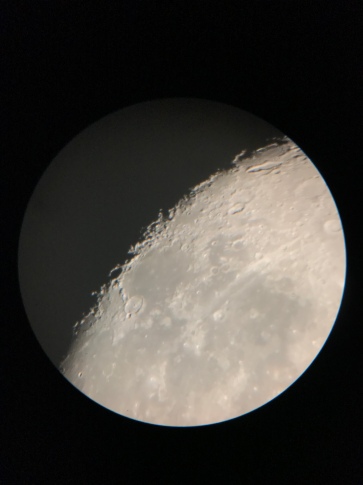 We then turned to look at Saturn, who’s rings were clearly visible when you got a break in the haze. The two men manning the scopes were very patient at correcting the image if it drifted out of view (which happens very quickly, especially when the moon is magnified so much). As the Earth and Moon are constantly moving, the scope often loses focus on it’s subject.

I would say that even in summer, wrap up warm as it still gets very cold at night. The midges (our native biting insect) also appeared towards the end, so bug repellent may also be useful in the summer months!

After an hour and a bit of observing, the clouds moved in and we were awfully glad they decided to skip the lecture, and come upstairs first as the Moon disappeared from view.

Heading back down, we entered the lecture room and watched a short documentary on the next race to the Moon. The indoor area has an interactive zone with lots of space memorabilia along the hall from the cinema/lecture room, and a gift shop. There are also two friendly golden retrievers that hang out there, who I was delighted to see. Any excuse for dog time. 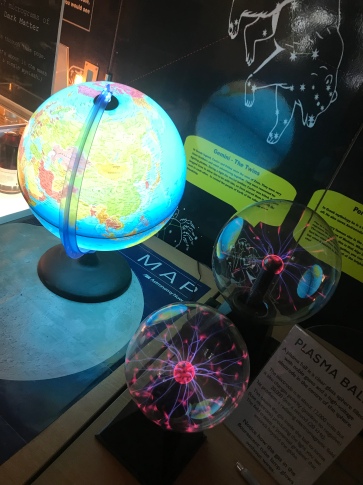 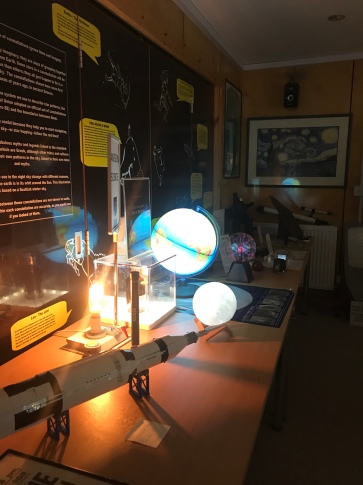 As soon as the film had finished, we made tracks, both of us keen to get out and along the road before we got stuck behind anyone else. This proved to be a good move as we were out of the forest and back on the main road long before everyone else was.

The session costs £16 a head for an adult, and you can book direct through the website at https://scottishdarkskyobservatory.co.uk 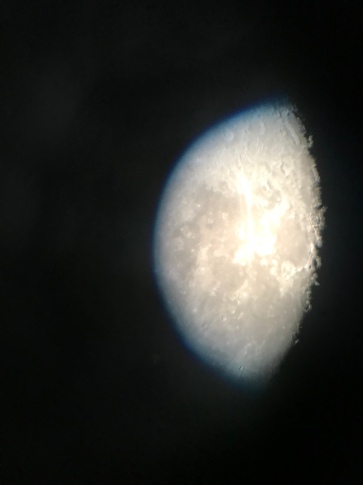 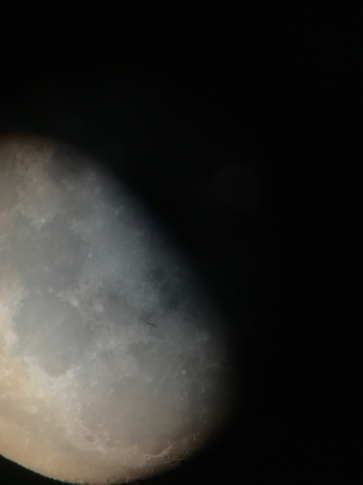 Overall, an insightful evening was had, definitely made all the more exciting with a clear night. The observatory do cater for evenings where you can’t see anything because of cloud cover, however booking it for a clear night, and keeping your fingers crossed, would be more advisable just to get the most out of the visit!