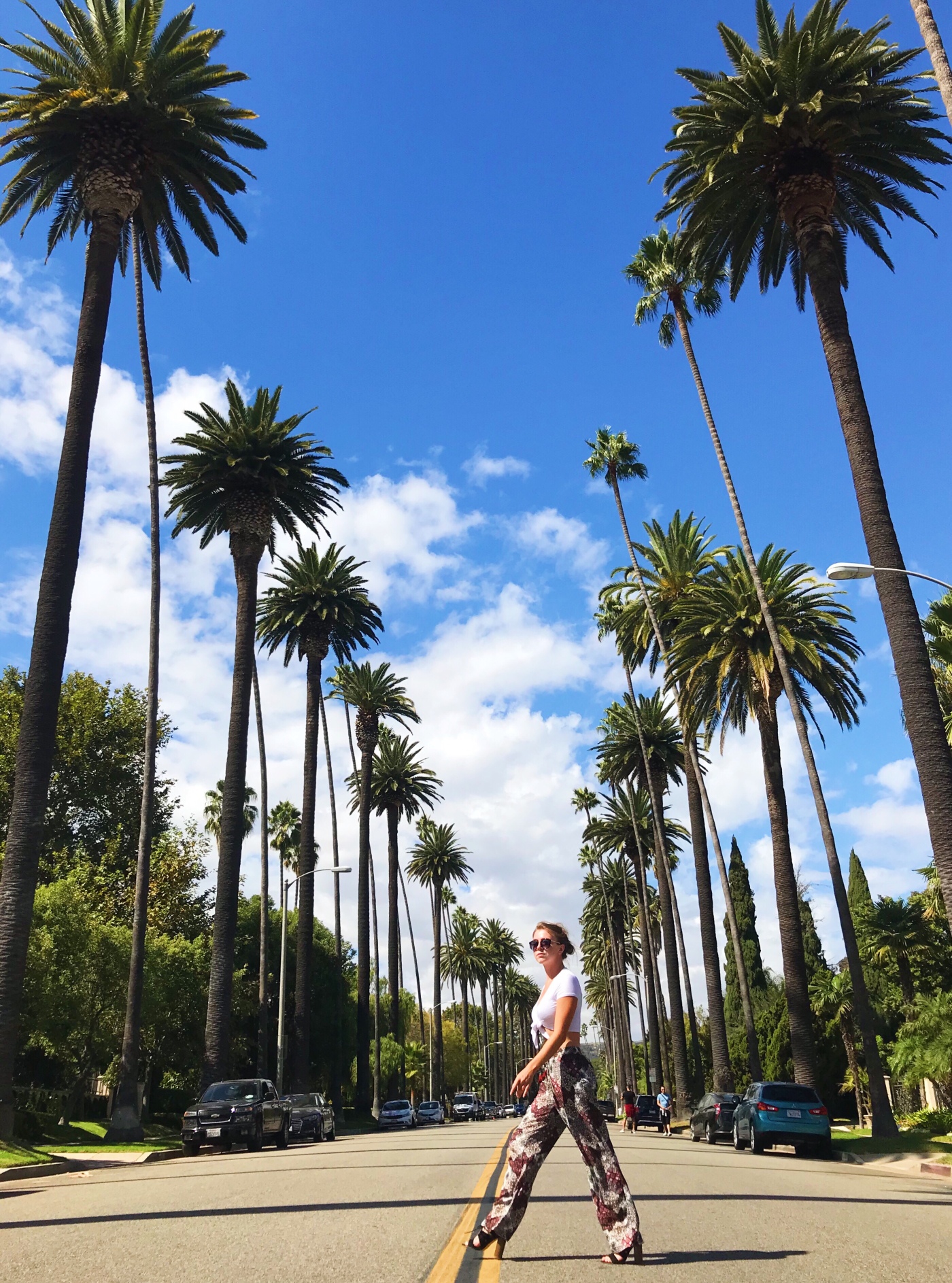 The City of Angels! I didn’t expect to see Los Angeles when I did – or, for that matter, how I did – but it was quite an adventure to explore this famous city last year.

Los Angeles is the highest populated city in California, and best known for its bustling entertainment industry. Hollywood, Beverly Hills, Venice Beach – all places you’ve probably heard of at one time or another – can be found here in the city of around 4 million people. The name itself means “The Angels” in Spanish, and the city sees around 292 annual days of sunshine, making it seem a rather heavenly place to live.

Riley and I were especially keen to make a stop here on our western US trip last year, when we discovered the city was only a two hour drive from the ranch we were staying at in Morongo Valley, CA. The catch was, we’d have less than a day to spend there, given we had morning chores to complete at the ranch before we could leave for the day (it was a work for accommodation setup). We also had to be back by 6pm to feed the animals on the ranch, and, given that our morning tasks were usually completed by about 10am, that didn’t give us a lot of time. You may notice the lack of photos on this one – I was too busy trying to soak up as much of the city as I could with the time we had!

Nonetheless, we decided to make the best of our limited time, and have a whistle stop tour of what is one of the most exciting cities in the US.

We set off from Morongo Valley on time, arriving in LA just before 12 noon. I was a little excited when I glimpsed the famous Hollywood sign in the distance as we drove in on the freeway. The city itself was incredibly busy, but Riley somehow managed to find street parking, a street away from the Hollywood walk of fame (where we even saw some stars in the making!). As we knew we wouldn’t have time to see everything, we had a short list of definite stops we would make. First up was Michael Jackson’s star, located at 6927 Hollywood Boulevard. We didn’t take long to find it however as it was the only star on that side of the street at the time that was completely surrounded with eager tourists and fans, all jostling to get a snap next to his name.

I managed to squeeze in for a quick shot of the plaque (mainly for my mum as she is a big fan of his music) before we continued on to Grauman’s Chinese Theatre. Here, you can find the hand/foot prints and signatures of many celebrities and Hollywood stars, from Doris Day to Sylvester Stallone, immortalised in concrete. Grauman’s Theatre has been the host of many premiers since it opened in 1927, and even saw the launch of George Lucas’ Star Wars in 1977.

We headed back to the car then as our parking ticket was due up, and I had a brief window shop as we hurried past all the incredible souvenir shops. Our next stop was the corner of Wilshire Boulevard and South Fairfax Avenue. Riley, being a huge fan of his music, was keen to see the spot where the rapper – The Notorious B.I.G. (Biggie Smalls) was murdered in a drive-by shooting in 1997. After we pondered there for a moment, we headed on to the famous Beverly Hills Boulevard.

We did have plans to visit Venice Beach, however, we were sadly running out of precious time so Beverly Hills was looking to be our last stop. Honestly, I was just stoked to be able to cruise around the mansion lined streets with Riley, blasting Weezer’s Beverly Hills with the windows down. 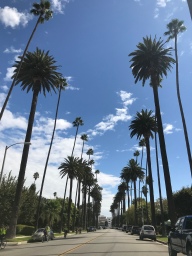 We pulled over to take some snaps, and have a wander past some of the huge houses where the likes of Jennifer Lawrence, Taylor Swift, Liam Hemsworth, Calvin Klein reside. Elvis Presley even lived there until 1973, and was famous for greeting his fans at the front gate of his home to take photos and sign autographs – there’s not much of that going on around Beverly Hills these days, however.

We took a beautiful winding back road – Mulholland Drive – down the hillside to catch the freeway east, and grabbed a Carl’s Jr. burger on the way home, suddenly realising we were awfully hungry after such a busy few hours.

The little teaser I had of this both deeply extravagant and also crowded city, has left me very eager to come back and explore more. Like all cities, there were nice areas and not so nice areas, some heavily embellished with crime and poverty. Overall though, we had a brief glimpse of a city bursting with character – somewhere I will definitely be back in the future. 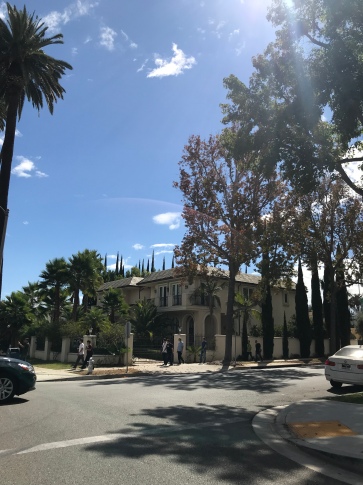