On a quest to explore all things abandoned, we decided to hit up Spreepark. This now almost post-apocalyptic theme park, first opened in 1969 and has seen a lot in its time. 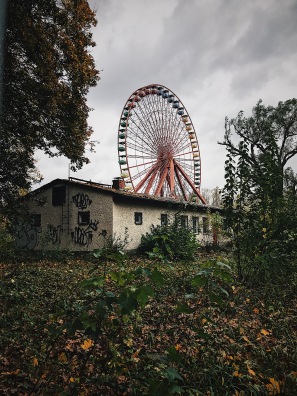 It once had 1.5 million annual visitors that flocked to the park in its prime, but since its closure in the early 2000s it has played host to a number of other different causes. The the odd event or performance, walking tours up until 2014, and even a scene from the 2011 film Hanna have all taken advantage of the haunting landscape.

More recently however, Spreepark’s only visitors have been those brave enough to scale the high metal fence encasing the property and risk slicing their hands open on the teeth that lie bare along the top. If climbing the fence wasn’t enough to deter you, once you’re in, you’re faced with umpteen guards patrolling the grounds waiting to escort you back out with a slap on the wrist if you’re lucky. I’ve heard others have received a small fine to add to their experience, but people would have paid more back in the day to explore the park so perhaps it’s worth it. Even though Riley and I didn’t venture in, you still get a feel for the place from through the fence and it’s worth taking a walk the whole way round to see the buildings a little closer and get a better angle on the Ferris wheel. A group of youths who had conquered the fence and were sneaking round inside at the time had managed to get back out without getting hassled, so if you’re quiet and quick on your feet then getting a closer look at the attractions is definitely doable during the day. It seems even the loose guard dog signs plastered round the exterior have not been enough to put people off. 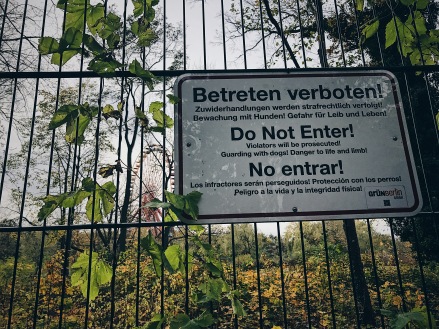 Spreepark’s closure came as it was getting left behind by upcoming, state-of-the-art theme parks that were now being made more accessible to the public after the fall of the Berlin Wall. As numbers dropped drastically, the state couldn’t afford the losses and so the venue was sold on to a private investor who worked hard to bring the park back to former glory with the addition of new and exciting rides. However, this wasn’t enough to regain visitor numbers and the park eventually went bankrupt, leading to its closure.

Where children and adults once howled with laughter the only sound now is of the Ferris wheel quietly groaning in abandonment as the wind whispers through the park. As sad as it is to see the downfall of what was once a much loved attraction in Berlin, Spreepark has become a different and some might say more interesting attraction altogether, though unfortunately its future is still unknown.

Set against the relative inaccesibility of Spreepark, Blub is bloody brilliant. The broken down fence is basically an open invitation – so if you like being challenged then this one may be too easy for you. However it provides a good test of the nerves as the scrawling of “undead” and “Bloody Mary are you here?” on the walls is enough to make anyone’s imagination run riot if you decide to venture down into the basement or bathrooms.

The building itself doesn’t look particularly safe or steadfast, and you’ll have to watch your step, as broken glass carpets the ground in most areas (though Riley insisted these were unlikely to penetrate the soles of your shoes despite my worrying). Most of the damage done was due to a fire that blazed its way through the facility in 2016, damaging most of the remaining structure, however I think this adds to the centre’s character.

Much like Spreepark, Blub was a hive of activity in its heyday. Opening in 1985, it boasted whirlpools, fountains, and water slides. A gym and sauna also added to the attraction – however, Blub came to a dramatic end completely in 2005. This came after Blub faced prior temporary closures due to hygiene issues, a rat infestation, and public safety issues. Additionally, an understandable decline in visitors in its last few years meant the facility was struggling financially towards the end. What was once a popular public swimming pool complex had succumbed to abandonment, and it was left vacant until youths took over the area, colouring the walls with graffiti. 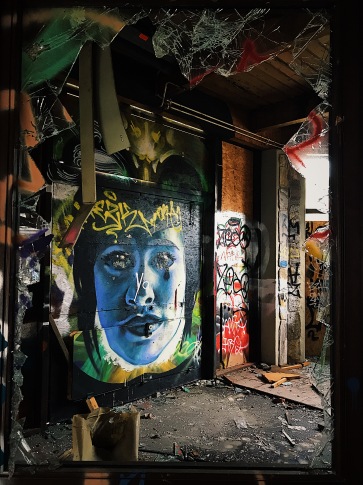 Processed with VSCO with g3 preset

Processed with VSCO with a6 preset

Blub, I feel, has since redeemed itself somewhat from its filthy, rat-infested days. It now provides an exciting location for photographers and urban explorers to venture through to capture and experience the downfall of the complex. Blub is a must see before it gets torn down and redeveloped – given the pace of urban gentrification in Berlin, this could happen very soon.

Exploring some of Berlin’s abandoned locations was riveting, and I can’t wait to get back to the German capital and unravel more of its mysteries! 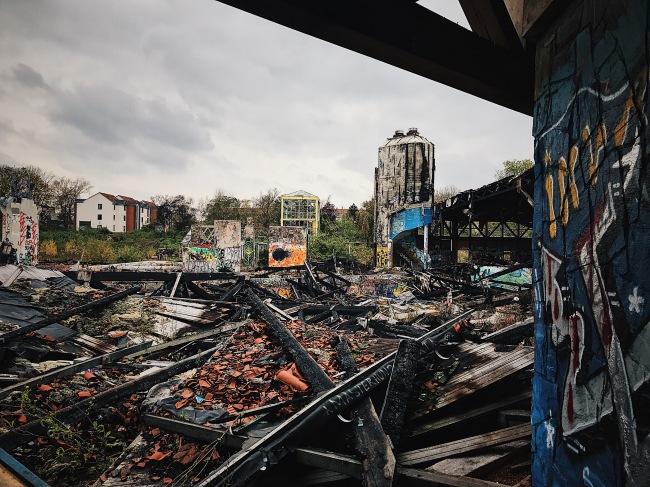